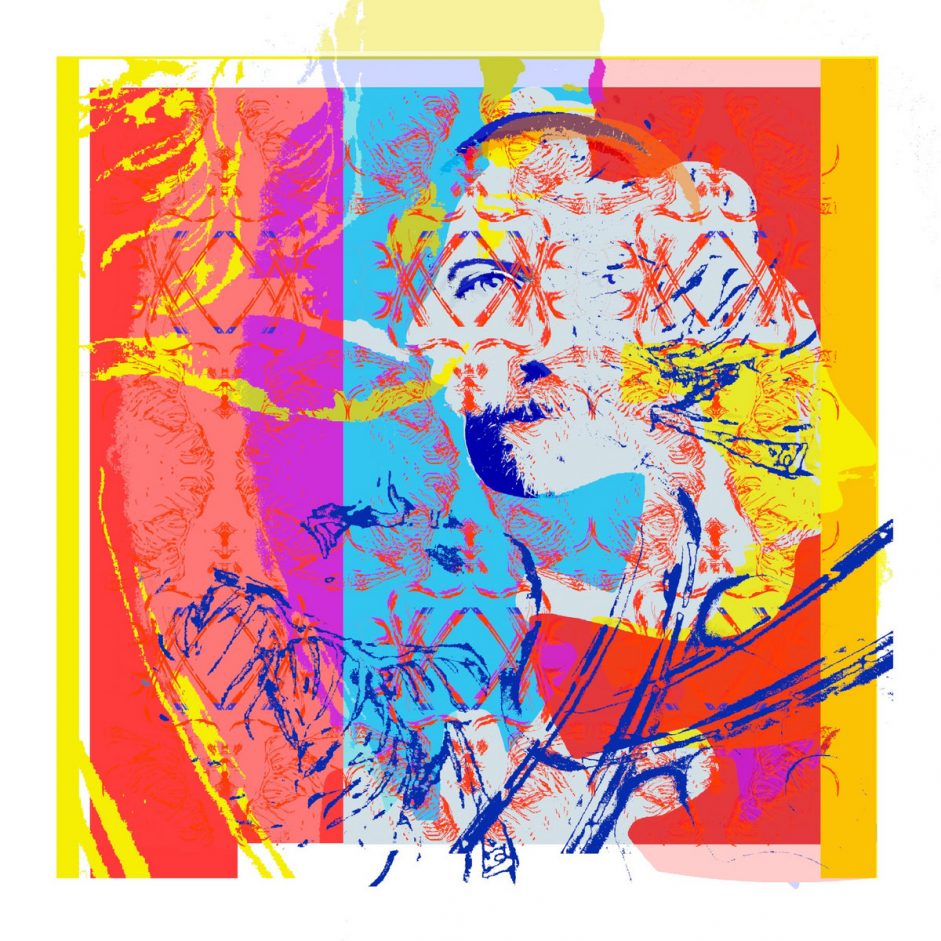 Concrete is the debut solo release from Liam Byrne, a virtuoso performer on the viola da gamba who combines a fluency in historical styles with a thirst for the new. Having spent years performing with some of the world’s leading early music ensembles, in 2013 Liam began a series of collaborations with composers that have given birth to a new repertoire of music for viola da gamba, as well as some colorful transformations of historical works. The album was recorded between 2013 and 2018, at Greenhouse Studios in Reykjavik and at the Barbican in London.

In Liam’s own words: “Although we tend to think of concrete as the emblem of brutalism and modernism, it is in fact one of western civilisation’s most ancient building materials, dating back to the Roman Empire. This album is about lineage, construction, and material texture. It is a solidification of various musical pieces and collaborative relationships that have been a part of my life over the last several years, each one exploring a different way of using my instrument, the viola da gamba, a 17th-century hybrid of the guitar and cello. The title Concrete is also a reference to the early 20th-century electronic genre musique concrète, just one of many historical threads connecting the pieces in this collection.

The opening track is the oldest work on the album: a masterful mathematical exercise in balance and proportion from the 1580’s by the mysterious Elizabethan composer Picforth, about whom we know absolutely nothing aside from this piece. Its five undulating and overlapping voices all move at different speeds, coming together at only a few moments throughout the piece. The effect is something both monolithic and in constant motion, and it’s very likely an attempt by the composer to represent the music of the spheres: the magical sounds created by the rotation of heavenly bodies.

Next follows Edmund Finnis’ Lines Curved Rivers Mirrored (2014), in four movements. This eloquent exploration of the viola da gamba’s topography is full of nuance, and it continues to grow and evolve the more I play it. In the composer’s own words, “When writing the piece I was thinking about the construction of the bass viol, its rich and particular sonority, the precision, speed and lucidity that the fretted fingerboard allows, the tuning and resonance of its open strings and their natural harmonics, and the kinds of harmony that these could create. The idea of flowing lines is integral to the music, along with the mental image of rivers forming.”

Suspensions and Solutions by Alex Mills (2017) grew out of a conversation we had about the difference between inks and dyes. A dye being a solution, its color particles dissolve in water and the liquid itself becomes the color, whereas an ink is only a temporary suspension of color particles in liquid, which will eventually settle to the bottom. Alex’s piece uses a variety of reverbs and live processing on the viola da gamba’s sound to create the impression of harmonies being suspended or dissolved in space, swirling and settling to create vivid textural and tonal landscapes.

Since 2013, Valgeir Sigurðsson has been one of my most important musical collaborators, and the work we’ve done together is central to this album. Hatching began with Valgeir recording my late-night improvisations on a ground bass; he then removed the ground bass and cut up my improvisation and collaged it into what briefly became an opera aria about a butterfly breaking out of its chrysalis. It then evolved further into its current instrumental version for viola da gamba, organ, and percussion, a brief meditation on emergence, transformation, and memory.

In 1592 Riccardo Rognoni published an extraordinarily virtuosic solo viola da gamba version of an older madrigal by Cipriano da Rore called Ancor che col Partire. Much like jazz saxophonists in the 20th century would solo on top of well-known songs, viola da gamba players in the 16th century would solo on top of famous madrigals, and this piece is one of the finest and most challenging surviving examples. Historically, the viola da gamba part would have been accompanied by a harpsichord or a lute playing the original madrigal. The version on this album was the first new thing Valgeir and I did together, while we were touring The Architecture of Loss in February 2013. On a train from Köln to Berlin, Valgeir took the original madrigal and rendered it with electronics and we performed the piece that night and many times since. This new studio version also features Bedroom Community artist James McVinnie on organ.

Nico Muhly and I first met in 2009 when I was working as a waiter at his favourite restaurant in London, St John. His table caught my attention by erupting in a 7-part harmony version of Happy Birthday multiple times over the course of an evening. Drones and Viola da Gamba (2014) is musically a somewhat leaner affair, one of a series of drone-based pieces Nico wrote for solo instruments accompanied by a single, static note. As he says, “I started writing the Drones pieces as a method of developing harmonic ideas over a static structure. The idea is something not unlike singing along with one’s vacuum cleaner, or with the subtle but constant humming found in most dwelling-places. We surround ourselves with constant noise, and the Drones pieces are an attempt to honor these drones and stylize them.”

Les voix humaines by Marin Marais (1701) is the only piece of completely unadulterated Baroque music on this album. Many years ago, when I first started dipping my toes in waters outside the world of early—or even classical—music, I would often use this piece to give people their first taste of the viola da gamba. Even though it is very much a piece of French Baroque music, there is a directness to its expressivity, especially in that plaintive recurring major 7th, which really speaks to people across any kind of genre or stylistic divide, which is essentially what I try to do with all the music I play always.

In the summer of 2015, the National Gallery in London commissioned Nico Muhly to make a sound installation in response to a work from their permanent collection and he chose the Wilton Diptych, an English portable altarpiece from around 1400. Part of the idea of the original artwork is that you can take it with you wherever you go, and when you open it up and pop in on a table, you’ve got yourself a sacred space. Nico’s installation had the diptych in the center of a dark room, surrounded by many layers of viola da gamba in multi-channel audio, almost recreating this sense of sacred space through phsyically structured sound. When he wrote the piece, Nico sent me a score that was in effect more of a shopping list of musical ideas: a series of phrases and mini choruses for me to record and send back to him. It wasn’t until months later when I went into the gallery that I had any idea how those phrases were going to be organised and turned into a piece. Long Phrases for the Wilton Diptych has already existed in many forms, as a pure sound installation without the medieval altarpiece, as a dance piece with Stephen Petronio Company, and as a solo viola da gamba performance with live-processing electronics.

The final track on the album, Valgeir Sigurðsson’s Somnoptera draws on more materials from the same late-night improvisation session that resulted in Hatching, although this time with the ground bass reinstated and extra vibraphone. This piece also had vocals at one point, and my favourite line was “and when we grow tired, wingwaves similar to rain damage, we sleep inside our self”.
credits
released May 10, 2019