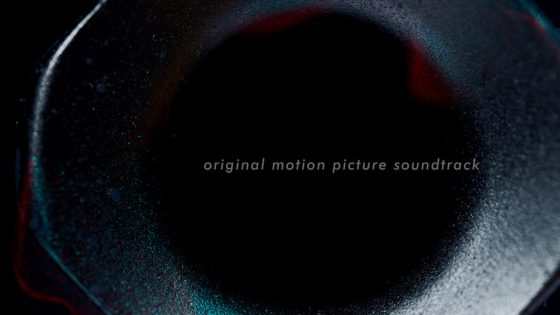 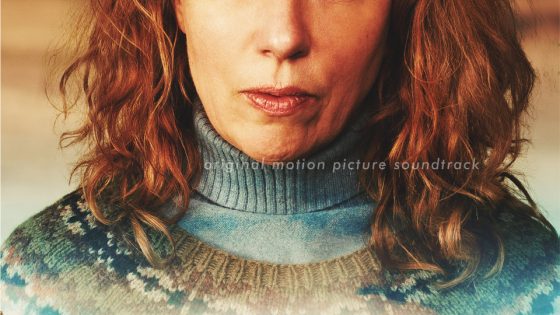 The Original Motion Picture Soundtrack to The County, with music by Valgeir Sigurðsson, released by Bedroom Community on January 10th 2020.

The drama had its world premiere at the Toronto International Film Festival in September and was screened in the Contemporary World Cinema section. The County is the follow-up to Grímur Hákonarson’s Festival de Cannes Award-winning debut Rams and stars actors Arndís Hrönn Egilsdóttir, Sveinn Ólafur Gunnarsson, as well as Þorsteinn Bachmann.

“Director Grímur Hákonarson and I have worked together a few times in the past, so it helped that we already had a dialog and a fluidity in the way we work together. First I watched the film a few times, and then I turned off the screen and just wrote music in response to what I had seen. I often do this because I want to make a score that flows with its own narrative. On Grímur’s suggestion, we used a lot of synths and electronic textures, and also used some of the real sounds from the film for the score. There is an obnoxious milking-robot that features quite heavily, as well as other sounds from around the farm and the environments that I also managed to incorporate into the score. Then, I also recorded a lot of solo strings that I was really excited about, but mostly didn’t need to be in the film once the images were turned back on. In the final mix I think we cut about 50% of the score that I had completed, or more even, we agreed fully on all the cuts. But, on the soundtrack release I keep many of these elements because they informed my process and I feel that they are integral to the music and necessary when it is stripped of the images it was created for” – Valgeir Sigurðsson, composer.

Coming up in 2020, Valgeir will perform his captivating music at the famous Big Ears Festival in Knoxville, TN featuring acts like Patti Smith, A Winged Victory for the Sullen, Kronos Quartet, amongst others. The singular festival experience explores connections between musicians and artists, effortlessly crossing the boundaries of musical genres as well as artistic disciplines.

History freely dilates and collapses on Valgeir Sigurðsson’s Dissonance, his first solo release since 2012. Its three large-scale works are haunted by the old Western tradition, infused with the ethereal workings of electronics and sound manipulation.Dissonance treads elegantly along a fine line between traditional symphonic organicism and the fissures of the faltering structures of reality. It takes forward Sigurðsson’s typically expansive, panoramic writing, and elevates it to a perpetual construction and deconstruction of time and space.

These are hardly his first experiments with the archaic technology of classical instruments, but here the distance between past and present is precisely what the music itself is designed to explore, and to distort.

Recorded and produced between September 2015 and November 2016 at Greenhouse Studios, Dissonance is disarmingly human, reflecting the most extreme four years of Sigurðsson’s life full of ecstatic joy and deep sorrow. Dissonance is a personal and collective musical treatise to explore and question a world that is collapsing under its internal dissonances.

The recording process on Dissonance incorporates an orchestral recording technique that Sigurðsson has been developing for some years now, where he breaks up the orchestra and records each of its sections separately. Layer after layer he records performances by collaborators Liam Byrne and Reykjavík Sinfonia. A handful of string players and just one of each of the orchestra’s instruments are then multiplied to create an imaginary orchestra. This method enables Sigurðsson’s complete control over all the details and nuances, and the trade-off for the time-consuming process is a truly unique sounding ensemble that is at the composer’s disposal for further electronic manipulation. This also results in an elastic palette of sound for the live performance version of Dissonance which Sigurðsson will take to the stage in 2017, alongside Liam Byrne (on strings) and visuals created by the Antivj collective.

Additional production and electronics on * by Paul Corley

Thank you, Bedroom Community & Greenhouse teams, & every single intern, past and present.
Robin Rimbaud, everyone at Spitalfields Festival, everyone at New Music Festival Winnipeg,

This is a Bedroom Community record. 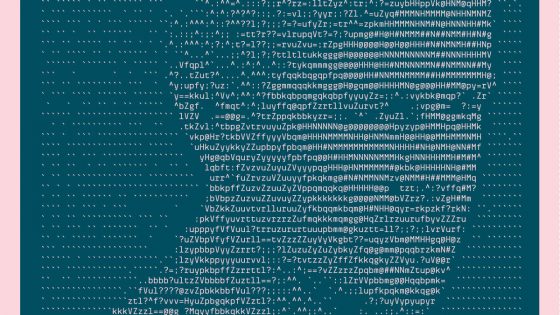 1. Guard Down
2. The Crumbling
3. World Without Ground
4. Between Monuments
5. Guardian at the Door
6. Erased Duet
7. Reverse Erased
8. Big Reveal
9. Plainsong
10. Gone Not Forgotten

The parameters of musical possibility are vast on Valgeir Sigurðsson’s third LP; Architecture of Loss. The music flows from no “notes” at all to lyrical, folk-like melody, from spare, acoustic sound to dense digital intervention. Originally composed for the same titled ballet by Stephen Petronio. Architecture of Loss is a powerful work in its own right in which Valgeir works from a broad palette of absences.By deploying an array of digital processes, a small, flexible ensemble and pared- down musical materials, the music can pivot instantly into someplace radically different. The viola hangs onto a single note, for instance, then transforms that note into a scraping, rasping effect. That transformation from pure tone to pure gesture ripples through the fiddle’s electronic multiples until the whole texture has turned inside out; a spare, sputtering, abstract electronic beat yields to the shaggy sounds of a few live drums or vice versa. The result is what sounds like a completely different piece of music.The performers were handpicked from trusted Bedroom Community regulars: in addition to Valgeir himself and composer/keyboardist Nico Muhly, the album features violist Nadia Sirota – her sound is as deeply individual and immediately recognizable as the sound of her speaking voice and takes full possession of the notes on the page—and multi-instrumentalist Shahzad Ismaily – a secret weapon of a sideman who excels at exactly the things you can’t put down on paper, from solid grooves to scribbles of noise.

The resulting piece maintains a structural unity surpassing either of Valgeir’s previous, more formally open LPs. While his solo debut Ekvílibríum boasted singers like Bonnie ‘Prince’ Billy and Dawn McCarthy, the voice of that record was unmistakably Valgeir’s own. On his second solo disc – the soundtrack to the film Draumalandið – the suite of movements released on disc enjoyed an aesthetic life of its own independent of the finished film. Draumalandið and Ekvílibríum were allowed to develop freely as recording projects whereas Architecure of Loss had to be realized with physical performance in mind, by its players and dancers.

This album represents the piece as conceived and reconceived for the stage, and then reconceived again as pure music (the movement “Gone, Not Forgotten,” for instance, is exclusive to this recording). Created, pored over and developed: the result is a meticulously designed structure, a sound architecture of musical and physical gestures and stillnesses. 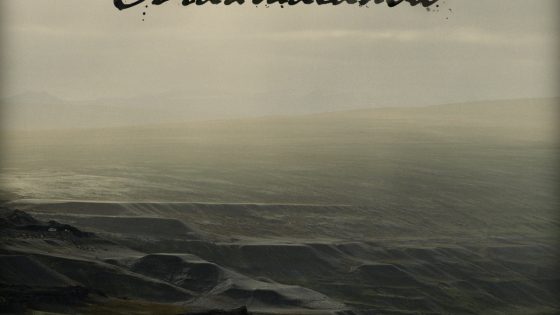 Valgeir Sigurðsson has made his name as an exponent of musical subtlety. As an engineer and producer, he’s often focused on the intimate, the miniature. On his solo debut Ekvílibríum, his songwriting and composition tended towards the muted or the oblique. His best-known work is punctuated with question marks and ellipses, and not so many exclamation points.
But this is only one side of his musical capabilites. Draumalandið (“Dreamland”), a documentary about the exploitation of Iceland’s natural resources, tells a story about huge things—the fortunes of a whole nation; the destruction of vast landscapes; and the global economic forces, greater still than any nation, that fuel it all—and for his soundtrack to the film, Valgeir has brought out a heavier set of tools. His entire roster of Bedroom Community labelmates contributes in some way to the creation of the score: classical composers Nico Muhly and Daníel Bjarnason, industrial wizard Ben Frost, and American folksinger Sam Amidon, along with a host of others, and the small orchestra assembled for the record swells from moments of expansive beauty into massive, surging symphonic force. Its harmonies are anxious, pulsing, driven.
Not that this is an album lacking in subtlety. Draumalandið the film takes on the delicate task of unmasking the apparent win/win proposition of Iceland’s aluminum smelting boom—clean energy! new jobs! economic growth!—as a false blessing with very real consequences. Likewise, Draumalandið the soundtrack takes global, at times seemingly abstract questions, and offers deeply personal responses.
Valgeir’s score makes fierce and direct statements of sorrow and indignation, but it also expresses, with a kind of hushed awe, the beauty of landscapes on the brink of devastation, and the seductive shimmer of the illusions that imperil them. Tender, fragmented melodies rise out of uncanny musical textures; in the album’s opening track, Sam sings “Grýlukvæði,” an Icelandic folktune about a greedy hag come to devour naughty children, just as he would an Appalachian ballad, and in turn Valgeir reframes it as a sad, sympathetic reprimand to a people (Icelanders, yes, but by extension all of humanity) who would sell their birthright to a rapacious multinational.
This is all painted in brushstrokes broad and minute, from palette of hugely varied shades—Sam’s banjo playing, Daníel’s John Cage-style piano treatments, Ben’s halos of distortion—but somehow, it all fits together as a coherent musical argument. Heard as an accompaniment to the film, the Draumalandið score can disappear into the images and the narrative. Listened to on its own, it rewards close attention: for the subtle interconnections between the movements, for their cumulative emotional force, and simply as a series of meticulously scored and recorded musical moments, urgent meditations on the natural sublime.

Hank Drum made by 7oi,  courtesy of Matthew Collings (thanks!)

The Greenhouse & Bedroom Community teams!
Everyone who played, listened and helped make this album happen.

This is a Bedroom Community Record 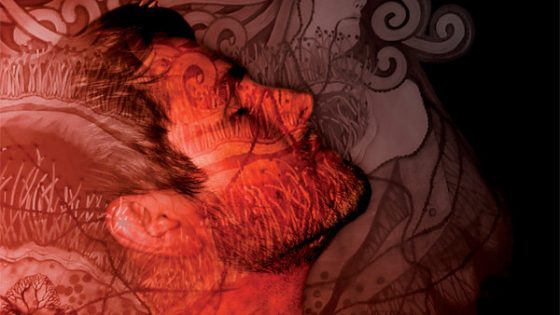